7 Limiting Beliefs You Must Change to Succeed

To reach your biggest goals, you’ll need two things — a map and a motor. 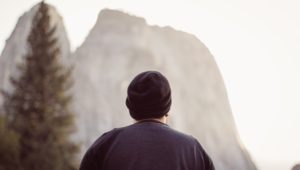 90% of courses, books, podcasts and blog posts are maps. They give you the directions to reach a destination.

But simply knowing what you need to do is not enough. Success also requires a motor — a driving force to push you forward.

In this post, I’ll reveal 7 limiting beliefs that sabotage success and show you how to replace them with motivating truths.

Many people believe if an idea is destined for success, you’ll know right away.

This dangerous misconception tempts you to quit after a slow start. And success usually does start slow. Consider my friend Todd Brison.

Today he’s a popular writer on Medium, author of the book The Creative’s Curse, a successful ghost writer, and featured on INC, CNBC, Daily Muse, and Apple News.

But Todd’s first 41 posts on Medium were almost completely ignored. It wasn’t until his 42nd post, “The Answer is No,” that he started gaining serious attention.

Imagine if he’d quit after his 41st post. All of his success — past and future, would never have existed.

While success isn’t a miracle, it does take time. And many writers and entrepreneurs never reach their goals simply by quitting too soon.

“Success is the ability to go from failure to failure without losing your enthusiasm.” — Winston Churchill

Today, Sir James Dyson has an estimated net worth of $4.2 billion, but when he was trying to invent the bagless vacuum, his first 5,126 prototypes failed to produce the results he wanted.

Dyson learned from each experiment, and on his 5,127 attempt, he found the design he was looking for.

Successful people fail more because they try as long as it takes. Are you willing to do the same?

Motivating Truth: The world’s most successful people have failed more than you.

Have you ever caught yourself asking, “What’s the point in trying? I’ll never be as smart or talented as THAT guy.”

Dr. Carol Dweck calls this attitude a “fixed mindset” because it’s founded on the belief that if you’re bad at something today, you’ll stay bad forever.

And if that’s your opinion, science is not on your side. Neither is common sense. You have the power to improve your skills through practice.

Today, James Earl Jones is the legendary voice of Mufasa and Darth Vader. But during his difficult childhood, Jones developed a severe stutter. He practiced managing it by reciting poetry in front of his high school class — and went on to outshine billions of people who never had a stutter to overcome.

Motivating Truth: If there’s someone you admire, someone who is truly excellent at what they do, you can bet they improved their skills through practice. You can too.

Limiting Belief #4: Only the very best in the world can ever enjoy success.

When Stephenie Meyer wrote the Twilight series, she was criticized in her craft. Stephen King went as far as saying, “Stephenie Meyer can’t write worth a darn.”

Yet none of the criticism stopped Meyer from selling 100 million books, which kickstarted her reported net worth of $125 million.

Was she the best writer on the planet? Of course not. But she told a fun story people wanted to read.

Would you rather be a phenomenal writer or sell 100 million books?

Motivating Truth: You don’t have to be the best to achieve your goals. You just have to practice your way to proficiency at the skills that really matter.

My friend Cory currently runs a business that makes $8 million per year. And many people are tempted to say he hit the jackpot of luck.

Cory was selling plasma screen TVs to a wealthy clientele, who taught him about the wealth generating potential of real estate. He entered the market at the beginning of the housing crisis and was quickly making highly profitable deals.

But here’s the twist.

When I asked why he’d kept going, he told me about a book he’d read early in his career.

The author mentioned 9 out of 10 business fail. And Cory remembers thinking, “Wait a minute, so all I need to do is start 10 businesses, and one of them will succeed.”

As it turns out, Cory’s first 10 businesses all flopped. But he kept pushing.

Eventually, he started dropshipping knives on eBay, which led to selling plasma screen TVs, which led to discovering real estate.

So here’s the question. Did Cory get lucky?

I struggle to accuse a man who failed thirty times of getting lucky. Sure, he caught a break, but it’s hard to imagine a world where he wouldn’t eventually succeed.

Cory says, “I didn’t feel like I was failing. I was just doing research. I knew I was going through the same process all the most successful entrepreneurs have endured.”

Motivating Truth: When you keep pushing, and learn from each mistake, you set yourself up for a big break.

“You can have everything in life you want, if you will just help enough other people get what they want.” — Zig Ziglar

Do you hate watching other people succeed? Do you worry their accomplishments will prevent you from reaching your own goals?

Twilight, the Vampire Diaries, and True Blood were all remarkably successful franchises based on a singular concept (that wasn’t original to any of them).

Did they detract from each other’s success?

The UFC quickly scheduled a rematch, where Conor McGregor made $3 million, the largest purse in UFC history at that time. Diaz made $2 million, a personal best.

It was the first fight in UFC history where both fighters made 7-figures.

Was Diaz’s success a threat to McGregor’s career? Hardly. It made him one of the highest paid fighters in history.

Motivating Truth: If you help your friends succeed, they’re likely to help you too. And the more successful they become, the more helpful they can be.

When I was a junior in high school, I remember standing in the back corner of a thrift shop looking at an oil painting of the beautiful Pebble Beach golf course.

I had a hunch this painting might be worth something, but I was a poor unemployed high schooler. I needed to test my theory.

This was before cell phones became smart phones, so I drove to my grandparents’ house, dialed up AOL, and crawled my way to Google.

Sure enough, the painting, which was selling for $10 in the thrift shop, was worth over $300. More than any paycheck I’d earned at my part-time job. I jumped back in my car and floored it to the store.

Too late. The clerk told me a collector who knew the true value of the painting had snatched it minutes before.

Moments like these are infuriating, and we’re tempted to dwell on them, but new opportunities pop up every day.

Later, he walked away from a job as employee #4 at Mint.com, forfeiting stock options that would have paid him $1.7 million after the company sold.

But today, Kagan is the founder of SumoMe, a popular online marketing tool for collecting email subscribers.

Do you worry your big breaks have all come and gone? A big break is just an opportunity you capitalize on, and opportunity is everywhere.

Motivating Truth: Opportunity keeps knocking even after you screw up.

In an age flooded with maps, it’s time we turn our attention to the motor.

Success starts with the beliefs in your head.

What you know, who you know, and the opportunities you’re given will all go to waste without the right mindset.

Are you tired of bearing the burden of unmet potential?

Invest in your beliefs.